Beyond your first Black Belt

The 5 aspects of physical training

Ryan Hall used to be a member of the Brazilian jujitsu group run by Llyod Irvin. Some members of his group have been alleged to have raped a fellow student, and Hall’s letter was written in response to this incident.

Noted Shotokan historian, Harry Cook was convicted of sexual offenses against some of his students, which were carried out over a period of twenty years.

The incidents perpetrated by Lloyd Irvin’s group and Harry Cook are by no means isolated events.

What constitutes abuse? Abuse can be any of the following:

As members of the martial arts community we have a duty to protect those weaker than ourselves. When a student walks into the dojo they are placing a measure of trust in the people they train with. There has to be an implicit believe that they are protected against any possible abuse.

There are a number of things that we as responsible martial artists can do to guard against possible abusers.

For me, the martial arts are about more than kicking, punching, grappling, and winning matches. It is about the development of one’s character through hard training. One of the most gratifying things is to watch an individual grow within their chosen art. As responsible martial artists we must encourage growth. 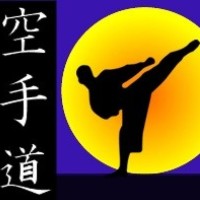 Permanent link to this article: http://findingkarate.com/wordpress/abuse/